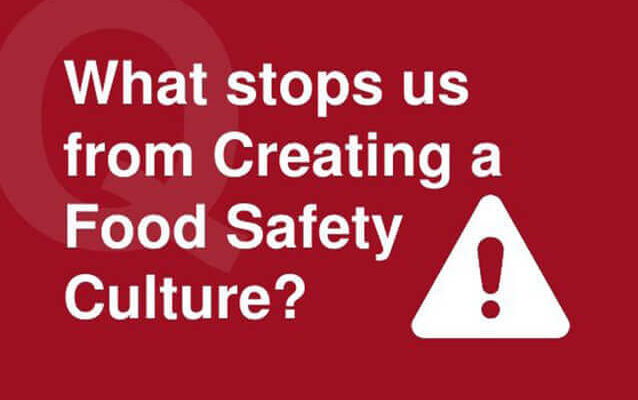 Americans eat out approximately five times per week, according to the National Restaurant Association. The Centers for Disease Control and Prevention (CDC) estimates that approximately 48 million people get sick, 128,000 are hospitalized and 3,000 die each year due to food-related illnesses, which are often referred to as food poisoning.

For the study, the researchers developed a computational simulation model to represent a single outbreak of a particular pathogen occurring at a restaurant. The model broke down results for four restaurant types: fast food, fast casual, casual and fine dining under various parameters (e.g., outbreak size, pathogen, and scenarios).

The model estimated costs of 15 foodborne pathogens that caused outbreaks in restaurants from 2010 — 2015 as reported by the CDC. Examples of the pathogens incorporated in the model were listeria, norovirus, hepatitis A, E. coli and salmonella. The model ran several different scenarios to determine the impact level ranging from smaller outbreaks that may incur few costs (i.e., no lawsuits and legal fees or fines) to larger outbreaks that incur a high amount of lawsuits and legal fees.

“Many restaurants may not realize how much even just a single foodborne illness outbreak can cost them and affect their bottom line,” says Bruce Y. Lee, MD, MBA, executive director of the Global Obesity Prevention Center (GOPC) at the Bloomberg School. “Paying for and implementing proper infection control measures should be viewed as an investment to avoid these costs which can top a million dollars. Knowing these costs can help restaurants know how much to invest in such safety measures.”

The research team found that a single outbreak of listeria in fast food and casual style restaurants could cost upwards of $2.5 million in meals lost per illness, lawsuits, legal fees, fines and higher insurance premiums for a 250-person outbreak. When looking at the same circumstances for fine dining restaurants, $2.6 million in costs were incurred. The subsequent costs of outbreaks can be major setbacks for restaurants and are sometime irreversible. For example, Chi-Chi’s restaurant went bankrupt and closed their doors in the U.S. and Canada permanently due to a hepatitis A outbreak in 2003. In the past decade, several national restaurant chains have lost significant business due to food-illness outbreaks.

Foodborne illness outbreaks can be avoided in some cases by various infection prevention and control measures, many of which may cost substantially less than the outbreak itself. For example, according to the National Restaurant Association, a training program that focuses on basic food safety, cross-contamination, time and temperature and cleaning and sanitation costs $15 for an online course per employee.

Not allowing an employee enough time off work to recover from an illness can also lead to considerable costs. According to the model, giving a restaurant employee a week off to recover can cost an anywhere from $78 to $3,451 depending upon his/her wages and duration of illness. The findings from the study report that a single norovirus outbreak, also known as the winter vomiting bug, could cost a casual restaurant $2.2 million, which far surpasses what it would cost to allow a sick employee adequate time off to recuperate.

“Even a small outbreak involving five to 10 people can have large ramifications for a restaurant,” says Sarah M. Bartsch, research associate at the Global Obesity Prevention Center and lead author of the study. “Many prevention measures can be simple, like implement adequate food safety staff training for all restaurant employees and apply sufficient sick leave policies, and can potentially avoid substantial costs in the event of an outbreak.”

Note: Content may be edited for style and length.

At Canadian Food Safety Training we train your staff safe food handling practices that help to avoid foodborne outbreaks. Learn more about how to create a culture of food safety in your food premises.
E.Coli In Your Burger?
Cooking For Life