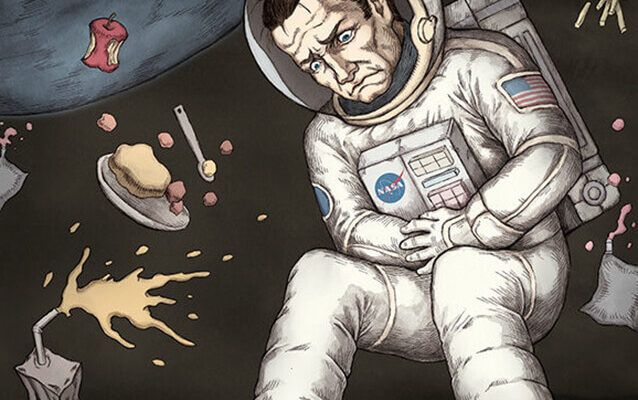 Getting food poisoning is bad enough, who can image that at zero gravity?

NASA had to come up with a pretty good plan

With a collaborated effort between the Pillsbury Company, NASA, and the U.S. Army Laboratories they developed HACCP 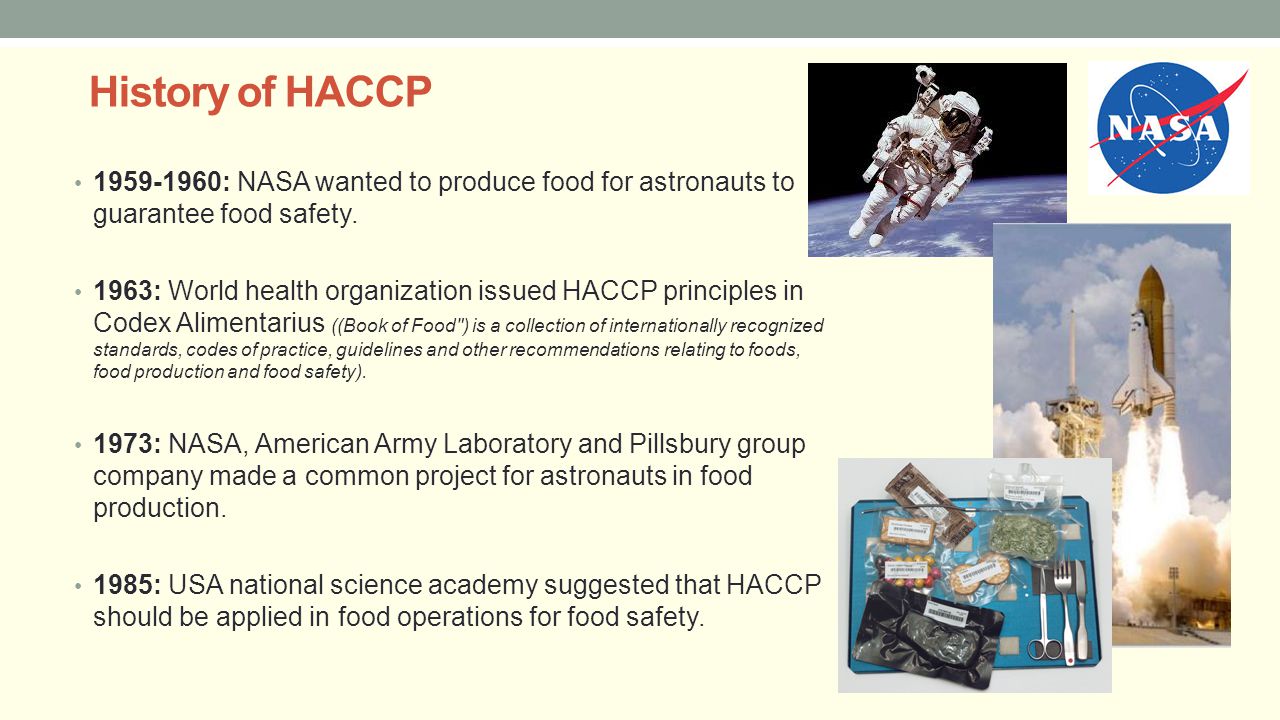 The objective was to provide safe food for space expeditions. By avoiding hazards, rather than attempting to inspect finished products for the effects of those hazards.

HACCP can be used at all stages of a food chain from food production and preparation processes including packaging, distribution, etc… learn more

The Seven Principles of HACCP

The application of this principle involves listing the steps in the process and identifying where significant hazards are likely to Occur. The HACCP team will focus on hazards that can be prevented, eliminated or controlled by the HACCP plan. A justification for including or excluding the hazard is reported and possible control measures are identified.

A critical limit (CL) is the maximum and/or minimum value to which a biological, chemical, or physical parameter must be controlled at a CCP to prevent, eliminate, or reduce to an acceptable level the occurrence of a food safety hazard. The critical limit is usually a measure such as time, temperature, water activity (Aw), pH, weight, or some other measure that is based on scientific literature and/or regulatory standards.

Corrective actions are the procedures that are followed when a deviation in a critical limit occurs. The HACCP team will identify the steps that will be taken to prevent potentially hazardous food from entering the food chain and the steps that are needed to correct the process. This usually includes identification of the problems and the steps taken to assure that the problem will not occur again.

Those activities, other than monitoring, that determine the validity of the HACCP plan and that the system is operating according to the plan. The HACCP team may identify activities such as auditing of CCP’s, record review, prior shipment review, instrument calibration and product testing as part of the verification activities.